Rev. Fr. John Kunnathusseril has been in the ministry as a priest for the last 31 years. Born in 1948 in Parampuzha near Kottayam, Kerala, India, he completed primary, secondary, and undergraduate education in India.  After completing his post-graduate Master’s Degree in English Literature from Sardar Patel University in Gujarat, India, he came to the United States in 1975. He then received a Master’s Degree in Theology from the Perkins School of Theology at Southern Methodist University (SMU) in 1979. During the final year of the program, he simultaneously completed an internship program in hospital chaplaincy and hospital ministry. Afterwards, he joined a residency program in counseling and within 2 years of academics, training and practice, mastered the counseling proficiency. He is a certified Marriage and Family Therapist (LMFT) and a Licensed Professional Counselor (LPC) with the State of Texas. He is also a Fellow of the American Association of Pastoral Counselors (AAPC).

His wife, Ann Kunnathusseril RN, BSN, CWOCN is an experienced Trauma/Surgical ICU nurse presently working at Parkland Hospital as a consultant in an advanced practice setting as CWOCN (Certified Wound Ostomy Continence Nurse) clinician.  Fr. John and his wife Ann have happily been married for over 33 years.

He has two children. His older son, Ashok (Joseph John Kunnathusseril) graduated from Southern Methodist University with dual bachelors degrees in business administration and economics.  He pursued his MBA at Vanderbilt University, now works as a Finance Manager at Delta Air Lines and lives in Atlanta, Georgia with his wife, Anu, a solutions architect for Coke One (Coca-Cola) North America; they have been married since May 2014.  His younger daughter, Asha (Janie Ann Kunnathusseril) graduated from Texas A&M University with a degree in political science.  She attended Hofstra University Law School in New York, completed her Juris Doctorate degree from the University of Houston Law Center and now works as an Assistant District Attorney for Dallas County (Dallas, TX). 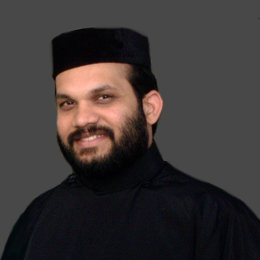 Rev. Fr. Rajesh K. John was born in Kuchil House, Kaipattoor P.O. in Kerala and is the son of M.E. John (Retired Military Officer) and Molly John.  He did his schooling at G.H.S  KPTR. After graduating from high school, he attended Pathanamthitta  Catholicate for P.D.C.  After P.D.C, he did his Bachelors in Commerce and Accounting at Calicut University.  After Bachelors, Fr. Rajesh attended Serampure University in West Bengal for his Bachelor of Divinity Degree and Orthodox Theological Seminary in Kottayam, Kerala for his Graduate of Sacred Theology (G.S.T.) Degree.

Rev. Fr. Rajesh has served in the following parishes before joining St. Thomas Orthodox Church of Dallas on July 2009. 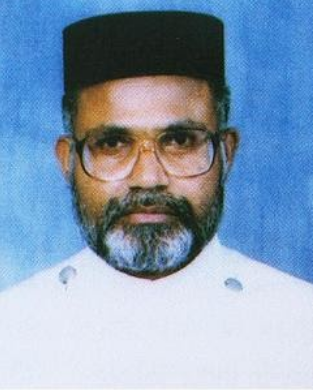 Rev. Fr. Mammen Mathew aspired early to be a priest but ended up starting later.  After High School in Ayroor, (1961),  he joined the Catholicate College and received  B.Sc. degree in Physics and Mathematics in 1966. He then continued his studies and got the MA degree, in English, from the Government College in Ajmir, Rajasthan in 1969. He finished the teaching degree, (B.Ed.) in 1971, from Bombay University.  He worked with the Catholic Student Union in Ajmir, Rajasthan and at night he taught High School dropouts in Bombay.

In 1973 he married Annamma from Naranganam and they moved to New York in 1974. There he studied Nuclear Medicine Technology and got certified. In New York, he worked in nuclear medicine. In 1976 he moved to Houston and worked his way up to be the Director of the Nuclear Medicine Department of the Bentaub Hospital and retired from the service in 1996.

His aspiration for church work was alive still. He studied Clinical Pastorial Education in the Institute of Religion and started working as Chaplain in Bentaub Hospital. Meanwhile, he continued his studies in the St. Mary's Catholic Seminary in Houston and got his MA in Pastorial Theology.

On September 2, 1997, H.G. Philipose Mar Yausebius ordained him a deacon. Two years later, on July 25, 1999, H.G. Mathews Mar Barnabas ordained him priest at the St. Thomas Church in Stafford, Texas.  His parents are Mr. Thomas Mammen and Mrs. Aleyamma of Pulickathara, Ayiroor.  Achen also has two brothers and three sisters. Fr. Mathew has two sons- Benjamin and Christopher. He is currently working as the Director of the Youth Organizations of the Southern Region of the American Diocese. 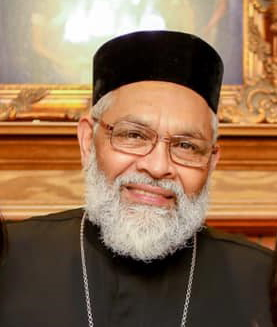