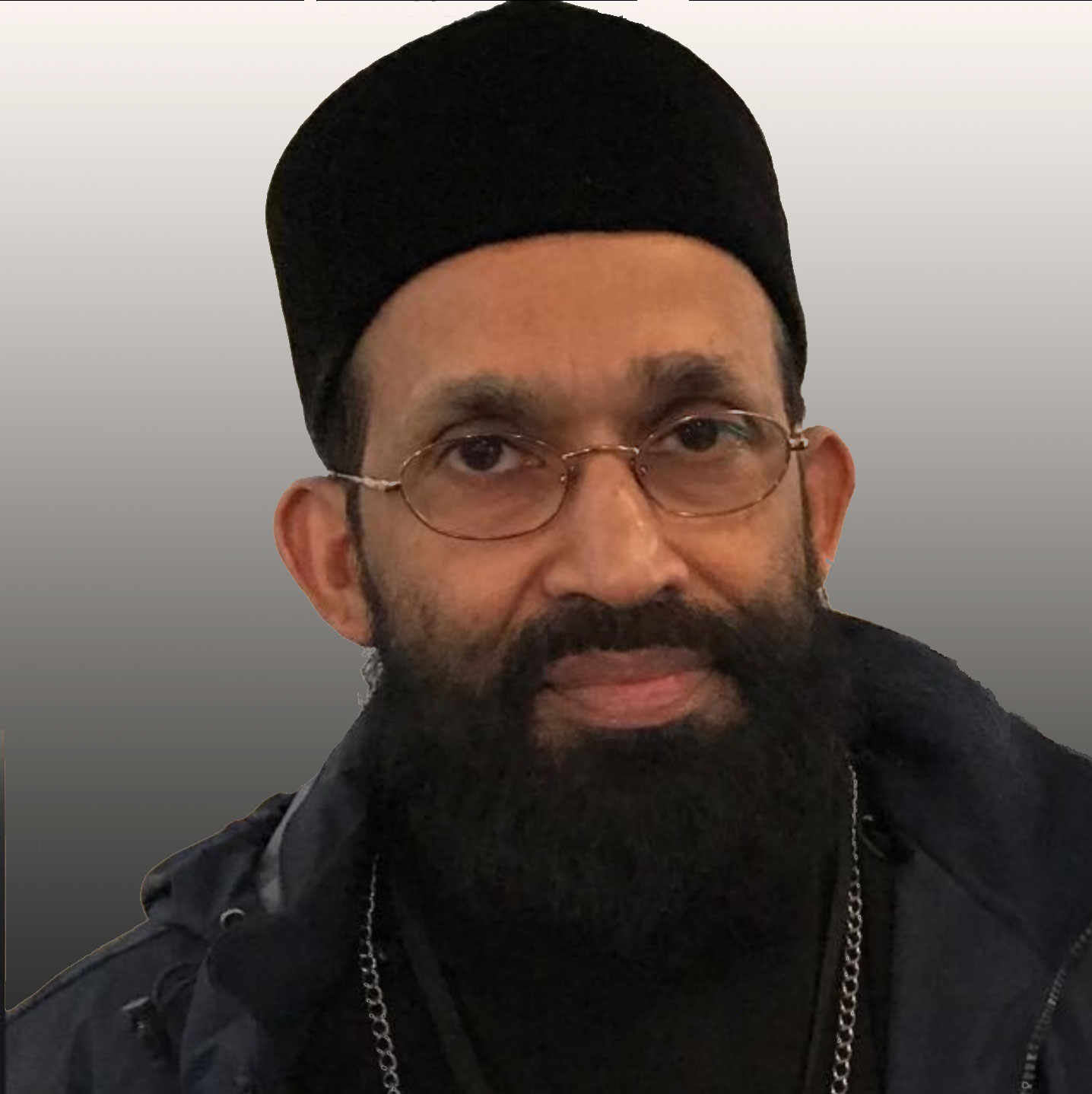 Achen was born on Febr 13, 1952, in the Callumpurathu Poovathur family at Mavelikara. His parents are Mr. CM. George (late) and Mrs. Accamma George. He has one sister Elizabeth Varghese and three brothers, Prof. George Mathew, Mr. George Kuruvilla and Prof. e.G. Issac. He was ordained as a Deacon by His Holiness Baselios Marthoma Mathews II, in 1984 at Parumala Seminary. He is married to Rubymole, Kochuveedu, Kizhakketheruv, Kottarakara. His Grace Thomas Mar Timotheos Metropolitan, Designate Catholicos ordained him as a Priest at Mount Tabor Dayara, in the presence of His Grace Zachariah Mar Dionysius Metropolitan (late) on June 1I, 1988. Since 1984 to 89. He was an assistant Chaplain of Mar Elia Chapel and M.G.D.M. Hospital, Devagiri. Kangazha. Kottayam. After his service at Kangazha. His Grace Geevarghese Mar Ivanios. Metropolitan of Kottayam Diocese appointed him as Vicar of St. Thomas Orthodox Church, South Pampady, Kottayam (3 yrs) and His Grace Thomas Mar Athanasios. Metropolitan of Chenganoor Diocese, appointed him as Vicar of st. Gregorios Orthodox Church Kuttamperoor, Mannar. (I yr) Heearned BA degree from Kerala University, Trivandrum. Then he studied at Orthodox Theological Seminary at Kottayam and got BD (Bachelor of Divinity) Fr. thomas came to USA in September 1996. American Diocesan Metropolitan His Grace Mathews Mar Barnabas appointed him as Vicar of St. George Malankara Orthodox Church, Dallas, in 1996. A new church building for the parish in the new location where 2.25 are of land at Irving, was purchased under his leadership.